The government’s report that the U.S. economy has added 4.8 million jobs just this month of June has uplifted investor’s hopes in the reopening of the economy. The report has exceeded what the economists expected which is just around 2.9 million, which brought the unemployment rate down by 11.1% from 13.3% from a report in May.

Nasdaq Composite has closed higher for the second time this week, as big tech stocks included with it such as Microsoft (MSFT), Amazon (AMZN) and Netflix (NFLX) were all trading at new records, with this data Nasdaq has now gained almost 14% just this year. The Dow has bounced back after losing some momentum yesterday, while The S&P 500 is up by 0.5%.

The three major stocks (Nasdaq, S&P 500 and the Dow) have lead the market optimistically on today’s trading day. And below are some of the price movements that occurred.

Keep yourself updated with the latest news on stock market and finance by browsing our website – Hanson Capital Limited. 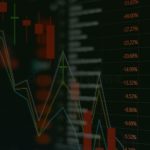 Prev post Stock Market surge as Investors gambles on reopening of the economy
Next post Stocks rose second session of 2021, Treasuries drop as market wraps up 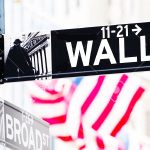